According to the 2020 Washington Aviation Economic Impact, airports in Washington support over $107 billion in business revenue.

Jobs by the Numbers

According to the 2020 Washington Aviation Economic Impact, airports in Washington support over 407,000 jobs and a payroll of more than $26.8 billion.

According to the same study, airports in Washington support $107 billion in business revenue each year.

In addition, there are 57 fixed-base operators in the state of Washington according to the comprehensive AC-U-KWIK directory. According to Helicopter Association International, there are 207 heliports in Washington.

The Port of Seattle has cut greenhouse gas emissions by 46 percent in 2021 over its 2015 baseline. 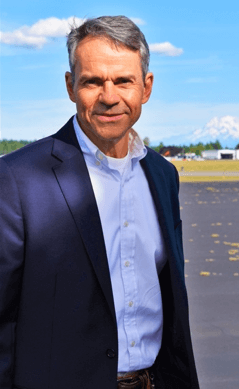 "Aviation, including general aviation, is a critical part of the economy in Washington. Given the need to address the impacts from fossil fuel use, companies like Boeing, Gevo, Avfuel, Northwest Advanced Bio-Fuels, SkyNRG and many others, are making significant investments in sustainable aviation fuel (SAF) and the required technologies, while companies like magniX, Eviation, Joby Aviation, Hyundai and many others are developing electric propulsion technologies and aircraft.

Committing to a much more sustainable aviation future will significantly reduce the environmental impacts, while supporting economic and technological growth, and providing improved access and opportunities to communities."

Across the United States, governors and mayors from all 50 states have signed proclamations recognizing the importance of aviation industry. See what has passed in Washington, choose from the list below.