According to the 2017 Michigan Aviation System Plan, general aviation airports in Michigan support over $5.2 billion in total economic impact.

According to the Michigan Department of Transportation, Office of Aeronautics, Michigan is home to 210 general aviation airports. According to the FAA, these airports support 16,153 pilots and 6,904 registered aircraft..

According to the 2017 Michigan Aviation System Plan, general aviation airports support over 33,000 jobs in Michigan, resulting in over $1.4 billion in labor income.

According to the same study, general aviation airports in Michigan support over $5.2 billion in total economic impact annually.

In addition, there are 113 fixed-base operators in the state, according to the comprehensive AC-U-KWIK directory. According to Helicopter Association International, there are 188 heliports in Michigan.

Avfuel, a leading supplier of sustainable aviation fuel (SAF) is headquartered in Ann Arbor. Williams International, an aircraft engine manufacturer based in Pontiac, recently completed a successful flight test using 100% SAF. Ford and the University of Michigan teamed up to produce the first ever sustainability study of urban air mobility. 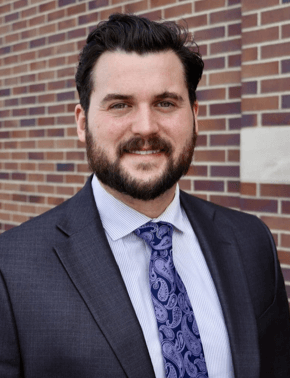 Michael Alaimo, Director of Environmental and Energy Affairs at the Michigan Chamber of Commerce

"On the heels of this unprecedented global pandemic and with thousands of businesses and virtually every industry and supply chain in our country reliant on aviation and general aviation, now is the time to invest in this critical part of our infrastructure. This will not only help businesses to maintain and increase their efficiency and productivity, but ensure access to over 5,000 airports, including 211 general aviation airports in Michigan that support more than 33,000 jobs.

Here in Michigan, companies like AvFuel and Williams International are expanding the use of SAF, while major employers, such as the automotive industry, are making investments in AAM. We should support these investments at both the state and national level."

Across the United States, governors and mayors from all 50 states have signed proclamations recognizing the importance of aviation industry. See what has passed in Michigan, choose from the list below.