According to the Kansas Department of Transportation, Division of Aviation, Kansas has 138 public-use airports. According to the FAA, these airports serve 6,961 pilots and 5,284 registered general aviation aircraft.

According to the 2016 Kansas Aviation Economic Impact Study Update, NPIAS airports in Kansas support 33,993 jobs and an overall payroll of more than $1.8 billion.

According to the 2016 Kansas Aviation Economic Impact Study Update, NPIAS airports in Kansas support more than $9 billion in economic activity annually. According to the same study, aerial applicator value to Kansas agriculture accounts for more than $490 million.

FAA data shows that Kansas is home to 100 repair stations, 6 FAA-approved pilot schools, 1,626 student pilots and 1,417 flight instructors. In addition, there are 90 fixed-base operators in the state registered in the AC-U-KWIK database. According to the FAA, Kansas has 48 heliports.

In Kansas, the Salina Airport provided sustainable aviation fuel (SAF) to aircraft traveling to the National Business Aviation Association's 2019 convention. Bombardier Business Aircraft became the first business jet manufacturer to release an Environmental Product Declaration (EPD) for its Global 7500 aircraft, has been using SAF in its demonstration flight since 2017, and offers SAF for delivery of aircraft.

Bombardier employs about 1,200 people in Wichita. Textron Aviation, which is based in Wichita and has about 9,000 employees, has announced that it will offer SAF on all new delivered aircraft. 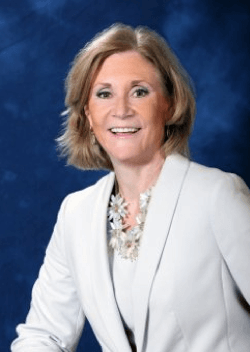 "With a $20.6 billion-per-year aerospace industry in Kansas, aviation and general aviation companies in Kansas have been at the forefront of fielding sustainable fuel and emerging aerospace technologies such as unmanned systems and AAM. Aviation supports more than 47,000 well-paying jobs in the state, as well as critical services for local communities and a workforce training pipeline for the largest aircraft manufacturing complex in the world. As we continue to partner with major aerospace manufacturers, AAM represents exciting opportunities for more connected communities while reducing congestion and environmental impact.

Now is the time for each of us to embrace a culture of innovation as we work together to validate technologies that are worthy of significant investment. By collaborating on efforts like SAF and AAM, we are working to build a world-class transportation system for our nation and everything that depends on it."

Across the United States, governors and mayors from all 50 states have signed proclamations recognizing the importance of aviation industry. See what has passed in Kansas, choose from the list below.