According to the PricewaterhouseCoopers study, Contribution of General Aviation to the US Economy in 2018, general aviation in California contributes over $32.7 billion to the state’s total economic output.

According the 2018 Aviation in California: Fact Sheet, California has 214 general aviation airports, which, according to the FAA, support 68,846 pilots and 24,756 registered aircraft.

According to the PricewaterhouseCoopers study, Contribution of General Aviation to the US Economy in 2018, general aviation supports 148,300 jobs in California, resulting in over $11.3 billion in labor income.

According to the same study, general aviation in California contributes over $32.7 billion to the state’s total economic output.

According to the FAA, California is home to 555 repair stations, 65 FAA-approved pilot schools, 25,562 student pilots and 10,353 flight instructors. According to Helicopter Association International, there are 503 heliports in California. In addition, there are 232 fixed-base operators according to the AC-U-KWIK directory. 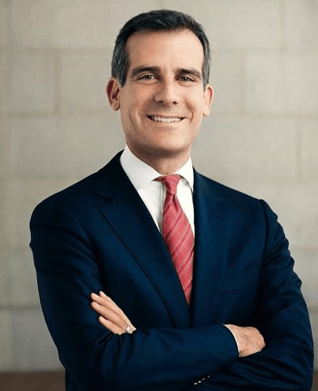 "In the LA region, only a quarter of jobs are accessible within 90 minutes to people using public transit. AAM could offer a solution, but only if we build affordability both into the private and public sector planning around this technology. So it needs to be safe, zero emissions and low noise. We'll meet that standard industry experts say, and be safer and cleaner than driving a car and quieter than a helicopter.

And while there's no shortage of room in the air for AAM, there are far fewer spots available for takeoff and landing. So as we build out the infrastructure, we don't need to just think about the sky, but the buildings and the vertiports, and connect density and better connections to walking, cycling and transit where those vertiports are."

"Protecting crops from pests and diseases, to fighting wildfires and conducting search and rescue missions in remote areas, small aircraft and airports serve as a lifeline to communities.

General aviation and small airports also support farms and ranches in California. This activity is crucial to our state’s agricultural economy and the jobs it supports."

Across the United States, governors and mayors from all 50 states have signed proclamations recognizing the importance of aviation industry. See what has passed in California, choose from the list below.